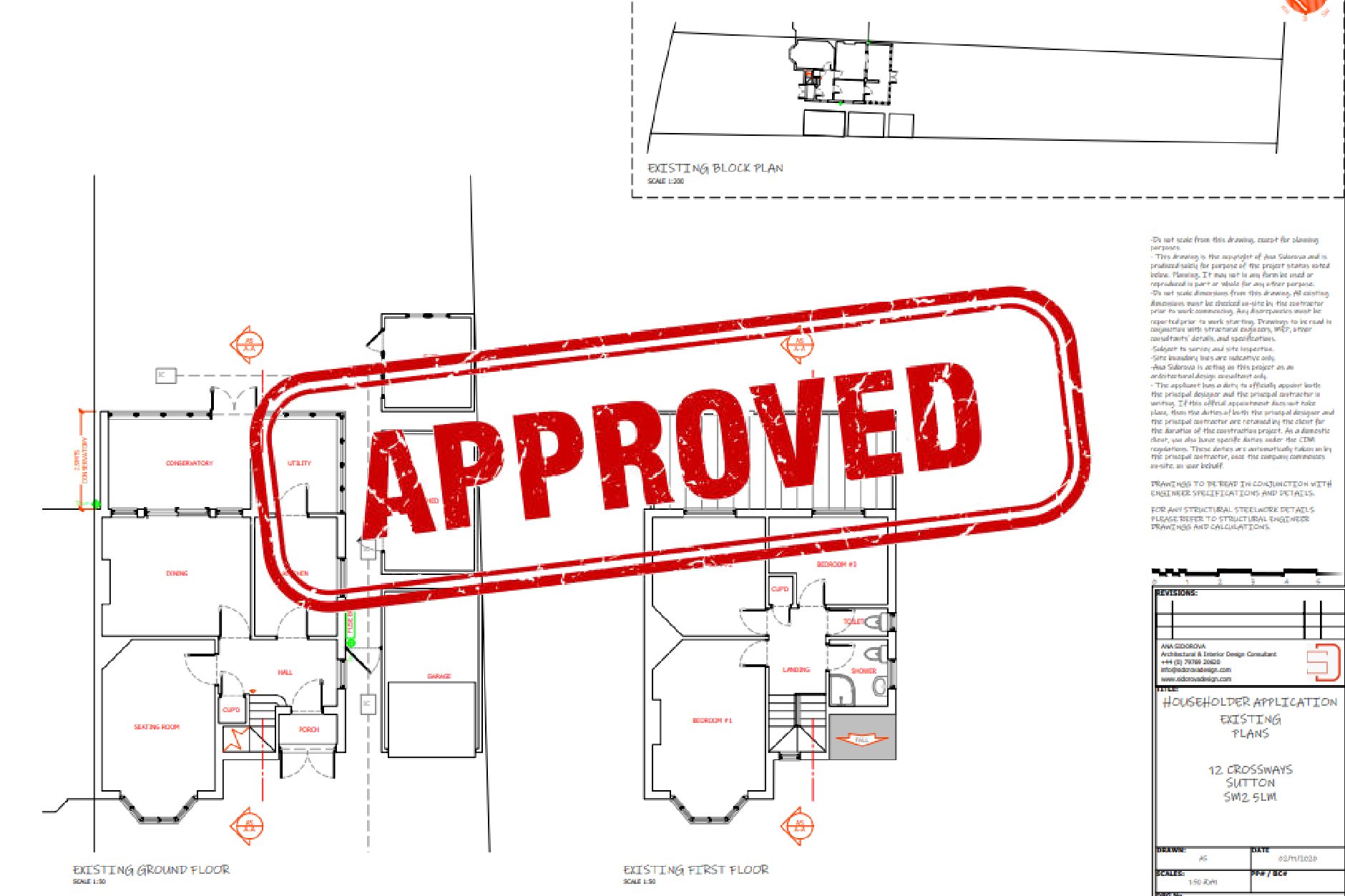 Ana and her team at Sidorova Design were approached by the owners of 12 Crossways, in Sutton (SM2 5LB), to obtain Planning Permission Approval from the local Council for a single storey side and rear extension, and installation of roof-light to the front roof-slope.

Sidorova Design put together plans conveying the existing build and the proposed changes requested by the owners.

Existing Layout, Block and Roof plans, along with Elevation drawings, showed the property with a Conservatory to the rear and a garage plus two sheds adjacent (on the right-hand side when facing the property).

The Proposed Layout, Block and Roof plans, and Elevations, illustrated the owners’ intent to remove the Conservatory and utility rooms found at the rear of the house, merge the Dining room and Kitchen into one combined space and extend this space 6 metres outwards.

Additionally, the owners envisaged extending the property on the side not adjoined to another house. Here the idea was to remove the garage and two existing sheds to make room for the 3-metre sideways extension which would contain a Master Bedroom with walk-in wardrobe plus an en-suite bathroom, toilet and wet room.

To allow for the entry of natural light into the expanded space, three skylight windows were incorporated into the enlarged flat roof space of the rear house extension. A smaller skylight was also introduced at the front of the house, above the staircase.

As can be seen below, the increase in available space allowed the owners to re-arrange the existing internal layout of the house to (e.g. the addition of a bedroom downstairs where Living Room once was, the conversion of the previous Dining Room into a Living Room/Office, etc).

Unfortunately, this first attempt at obtaining Planning Permission Approval was unsuccessful as the local Council felt that the proposed side extension would be excessive in size and therefore would constitute an ‘overbearing development’ and would have an impact on the neighbouring amenity.

Following the Council’s rejection of the first application, Sidorova Design advised the owners of 12 Crossways that submitting plans to the Council for ‘Pre-application Advice’ would help in gauging the extent to which extending the property would be accepted thus adding a level of assurance in terms of obtaining Planning Permission Approval following a second attempt.

The revised plans comprising the Pre-planning submission outlined a reduction in the depth of the side extension and removal of the connecting area between both extensions, as can be seen from the below Proposed Plans & Elevations.

Feedback from the Council following submission of the above was that the depth of the side extension was now within acceptable limits (no longer over-bearing) but that a window located on the front elevation was required (for the extension to be ‘in keeping with the application property’).

However, the rear extension, at 6 metres, was still felt to be too deep.

Sidorova Design, via interaction with the owners, subsequently updated the Planning Permission Application Proposed Plans and Elevations to include a window at the front of the side extension and, crucially, to reduce the depth of the rear extension from 6 metres to 4.5 metres.

These were once again submitted, alongside the Exiting Plans and Elevations, to the Council for Planning Permission Approval.

Despite a delayed project start, Sidorova Design played an integral role in ensuring that the client realised their aims of acquiring a bigger Kitchen, Dining and Utility space at the property’s rear, and an extra Bedroom with en-suite at the property’s side, by offering expert design services and effective professional advice. 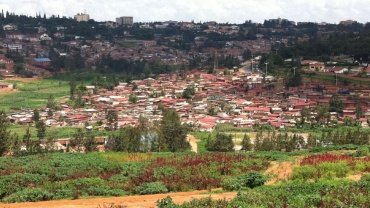 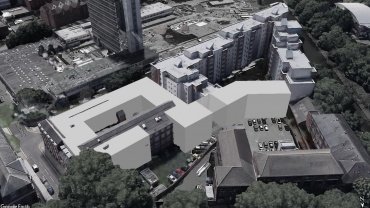 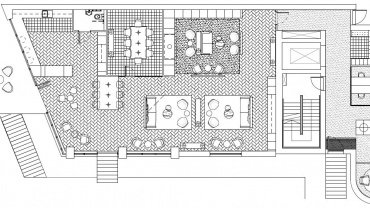