Ana was engaged to act as an architectural and interior design consultant on the Cranbrook Hotel development located on Cranbrook Road in Ilford, London. 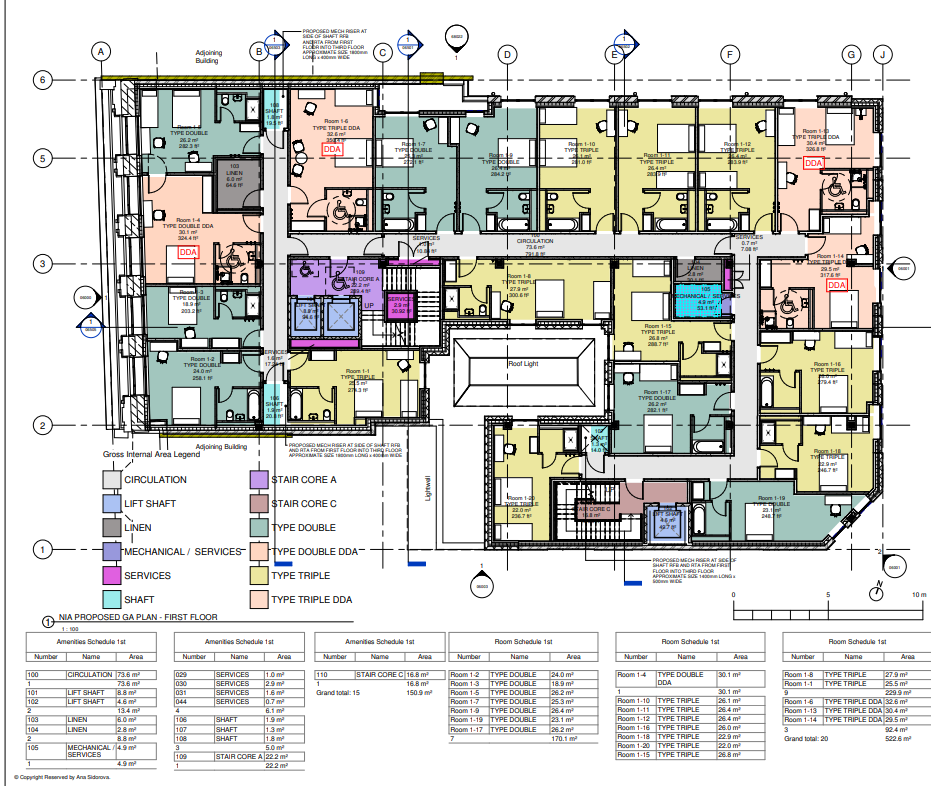 In October 2020, Ana was engaged by ‘Taylor Freeman Kataria’ (‘TFK’) – a company of chartered surveyors – to act as an architectural and interior design consultant on the Cranbrook Hotel development located on Cranbrook Road in Ilford, London.

Cranbrook Hotel would be located within a busy retail parade on the east side of Cranbrook Road within close proximity to Ilford mainline station (with services to Liverpool Street and which is a proposed stop on the new Crossrail scheme), and the Exchange Shopping Centre

The proposed premises, to be constructed within an existing build from the 1930s, contain: 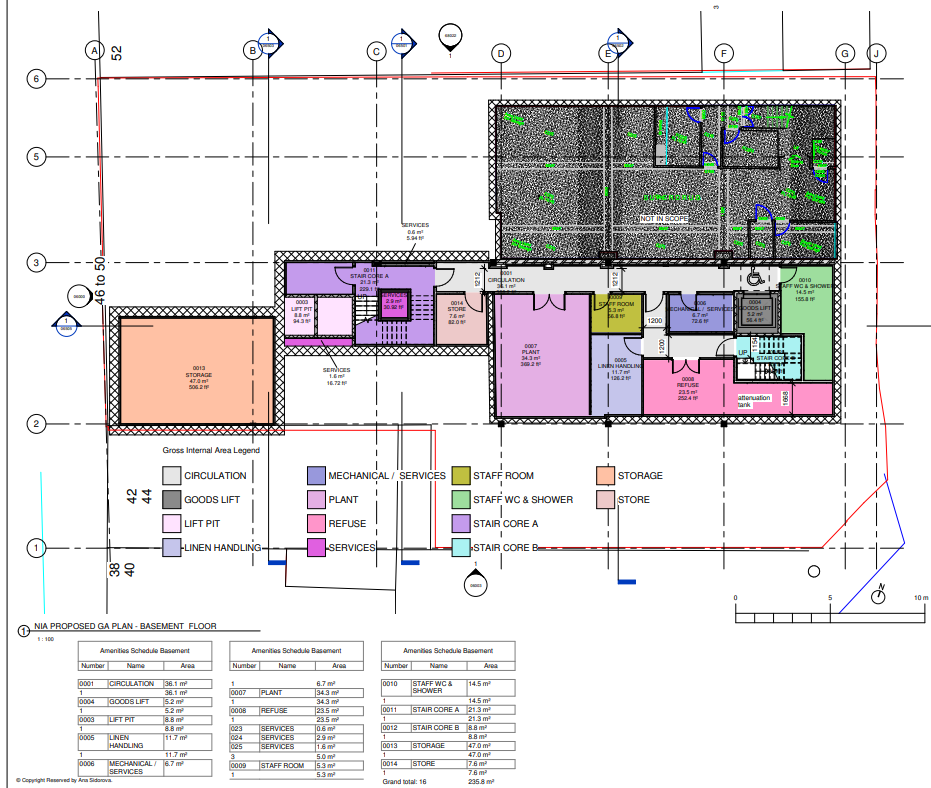 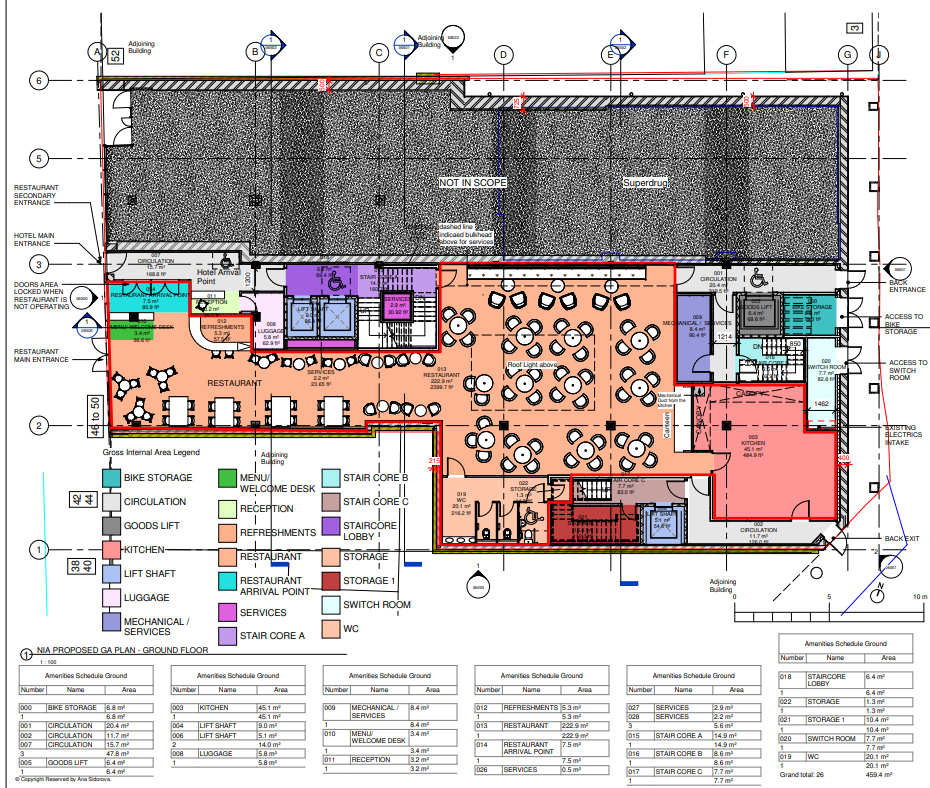 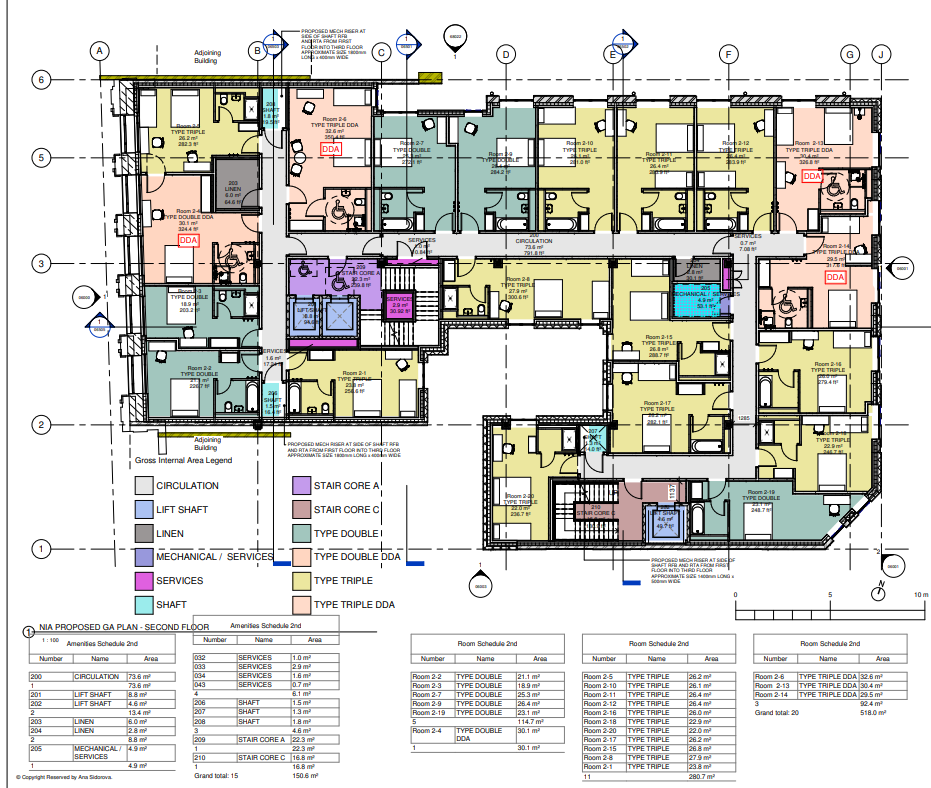 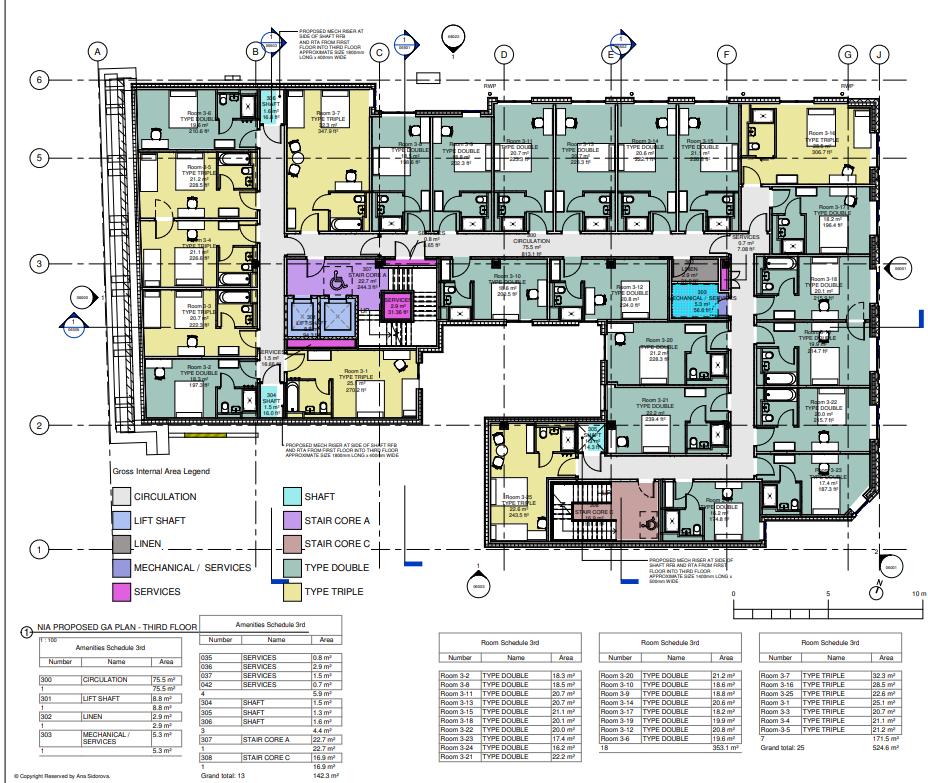 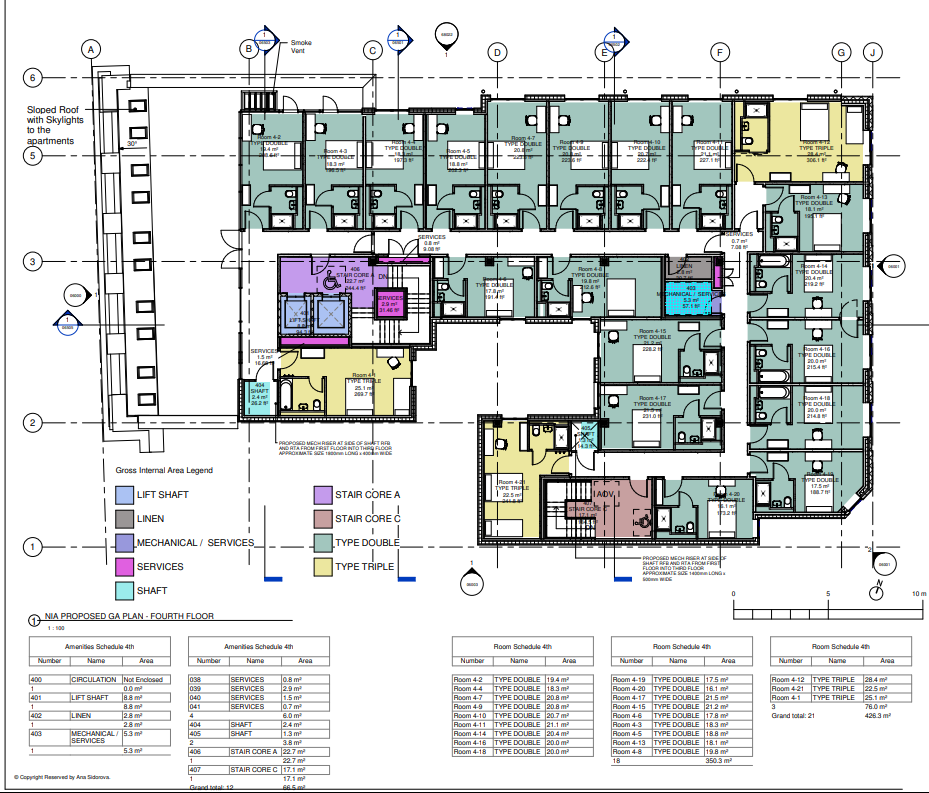 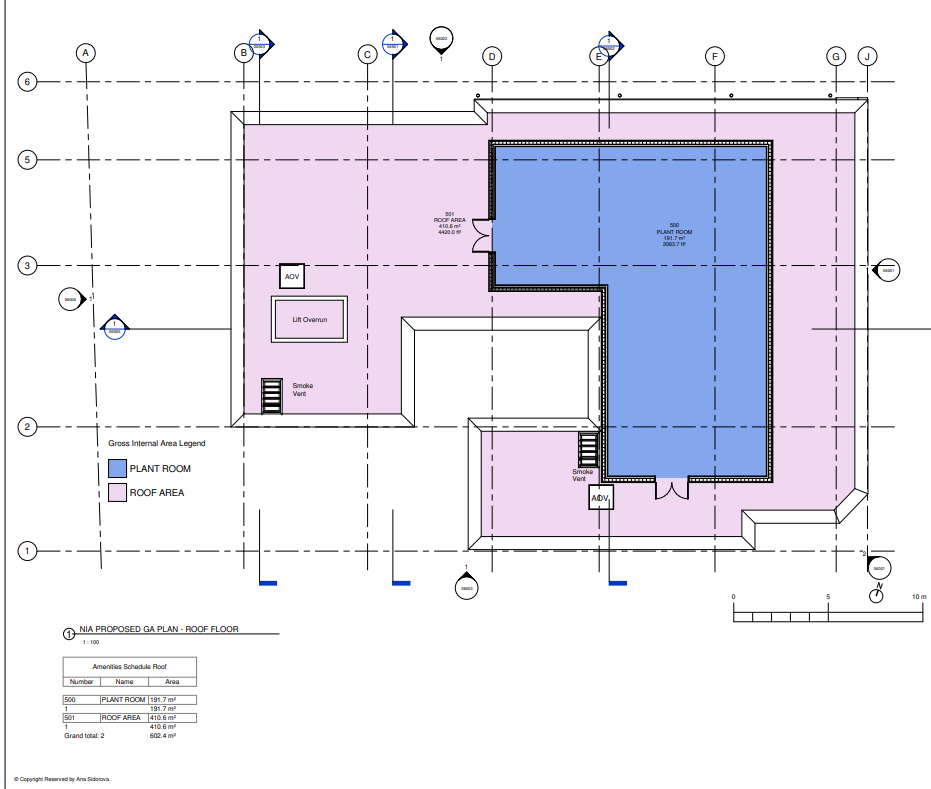 The client, who owns the entire premises, intends on letting the proposed restaurant space on the Ground Floor out separately from other floors that would be let out together as the hotel space.

Given its prime location and projected volume of clientele, the restaurant/retail space and hotel demanded a smart and inviting interior design all whilst being able to accommodate a sizeable number of people at any given time, hence the requirement of having a capable and efficient interior design consultant on-board.

Planning permission for the intended design covered above had already been approved by the Redbridge London Borough Council prior to Ana’s engagement; the planning permission application contained Planning drawings produced by another architect however, these plans outlined a different design intent with fewer hotel rooms.

Ana was first contacted to provide drawings and expertise to obtain Building Control approval for the development. However, the client had also decided to re-apply for planning permission with a new application based on an increased quantity of rooms, different room layouts, a basement re-design and an alteration to the building’s façade.

In her role as the architectural and interior design consultant, and with the help of her team at Sidorova Design, Ana successfully obtained both Planning and Building control approval for the revised design.

Both required substantial involvement and effort.

For Planning approval, Ana had to re-draw the Planning drawings and re-design the room layouts in order to increase the number of rooms (evident when comparing the previous architect’s plans to those created by Sidorova Design, above).

In order to ensure that the project met certain legally-recognised standards that apply to all buildings under Building Control approval, Ana and her team produced 250 documents – including Building Control drawings (which are more technically-oriented and detailed than Planning drawings) – to be submitted to the local council and Building Control inspector.

Subsequent to both Planning Permission and Building Control being awarded, the project moved into the construction & refurbishment stage in March 2021.

Sidorova Design remains involved following the team’s input in the interior design stage and their help obtaining the aforementioned approvals.

Ana herself has continued to liaise and co-ordinate with other project consultants such as structural engineers, MEP consultants, planners, etc, to ensure that Sidorova Design’s plans are reflected as fully as possible in the final build with a minimum of challenges to feasibility and practicality.

The impact of Sidorova Design’s role on this project, along with the effectiveness of their consultancy work, can be assessed by booking a viewing of the build. This can be getting in touch with the relevant contacts designated on the relevant ‘TFK’ web page 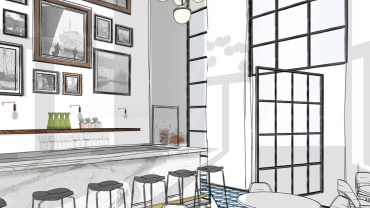 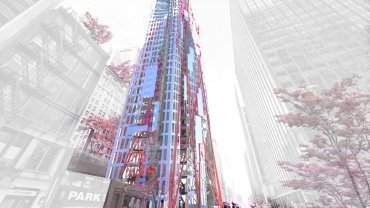